Santa Arizona or Santa Claus Arizona, (Todd James Smeltzer) is a family man, with a son, Joseph who is going on 20, and a daughter, Katja who is going on 17. Santa Arizona has lived in Arizona for over 27 years now and has been a professional children’s/family entertainer for the past 32 years, performing magic, face painting, balloon artistry, and MC/Comedy in film, TV, Broadcast and live performances.

Santa Arizona was born in Ida Michigan, and lived in New York City for five years, and studied at the American Academy of dramatic arts. Santa Arizona started to perform for corporate and family parties over 19 years ago when his son Joseph was born. Feeling the need to bring a jolly elf to families, this elf could play, do magic, sing carols, dance a jig, and embrace the true meaning of Christmas, to give to others of our gifts, talents and love!

Over the years, Santa Arizona has performed in countless productions, on stage, in parks, private showings, parades and festivals, last year alone he performed 90 parties in three and a half weeks during the holidays. Santa Arizona is also associated with BoBo the Magic Clown and has added new characters to his repertoire, Stinky Pete the Pirate, Fumble Dum the Wizard, the Easter Bunny, Twinkle the Elf, and Mrs. Claus, he also does Magic and MC characters without makeup, but with original, dazzling outfits, and Santa Arizona/BoBo the Magic Clown has created personal mascot characters for private corporations and public presentations.

Santa Arizona’s, personal philosophy is to:

“Never be childish, but always be childlike.” 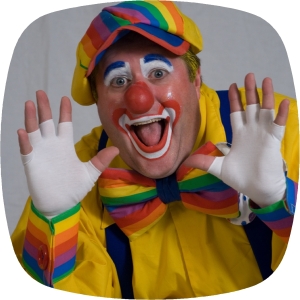 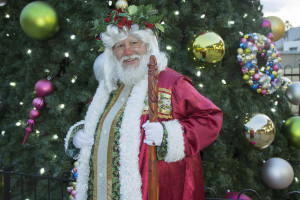 There is a Santa Clause

“DEAR EDITOR: I am 8 years old.
“Some of my little friends say there is no Santa Claus.
“Papa says, ‘If you see it in THE SUN it’s so.’
“Please tell me the truth; is there a Santa Claus?